I was recently at an event at my University about use of the N-Word, when a question was raised: Why do we greet each other with ‘Whats up Nigga?”, when it used to be “Whats up BROTHER?”. The host responded saying that it was just a change in the times. I respectfully disagree. There is no way that time has changed the word Brother to Nigga. The times are the same it is our mentality that changed. Personally I still refer to many of my peers as Brother, so am i behind on the times? I think not.

As a people we have somehow fallen into a mindset that we are no longer apart of a large family fighting the same battles. We now see each other as competition, incapable of compassion for this pseudo-enemy that we have fabricated in our minds. There was a time where everyone was referred to as your Sister or Brother, now if you say it, you are looked at as eccentric. As if just the thought of you being equal with another person of color is this obscure concept to be shut down. There is nothing wrong with climbing a ladder and reaching down to help someone that slipped.

“Nigga” displays a sense of inequality no matter how you spin in. When we get out of the ‘crabs in a barrel’ mindset as a people we will then be able to thrive. Someone somewhere instilled the thought that if you do not make it on your own then it does not count, however that is not now nor has it ever been the case. Most of us do not have trust fund or any huge bounty awaiting us to come of age, all we truly have is each other. If you look at the news they do not care, where you are from or what you have as far as they are concerned we are all the same. It is not just the hoodlums that are being murdered by those sworn to protect, it is the student, the teacher, the lawyer, whoever unfortunate enough to adorn the influx of melanin that was bestowed upon us in the womb.
If we do not see each other as equal then why the hell should those in power? Last time I check there was no identifier that makes you better than another, so if you are on a pedestal, I pray it is so you can kneel upon it to gain the leverage needed to pull up another. The shines of your success will never, dim that of another’s but if you cross the path of another who has yet to find their light, then by all means use your light to illuminate their path so that they too can become a lighthouse to the many lost ships out there. So in short, Yes, I am my Brother’s keeper. And my Sister’s as well. 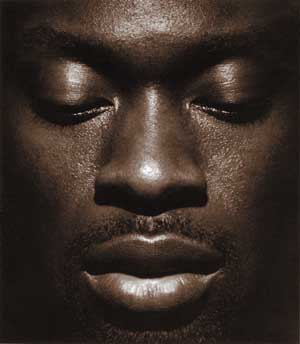 As Always I Love You, God Loves You, LOVE Yourself,
Man of Madu
"If you are silent about your pain, they'll kill you and say you enjoyed it." ~Zora Neale Hurston

Bernice King. Back at it again with the gems.
It's Monday. Get productive, win big, celebrate small, and level up. #MondayMotivation
For those who are not subscribed to our email list, we are devoting the month of February to read some of @_cinny's favorite essays. We also have the PDF links to provide y'all with if interested! Read these before? Let us know your favs! Familiar with the authors? Let's us know that too! Happy reading!! 🤸🏾‍♀️📚 #BookClubMadu #BHM

Error: Twitter did not respond. Please wait a few minutes and refresh this page.

Self Determining our Black Purpose.